Working as a self-employed teacher, I have the freedom that other job positions do not offer, but also lack all sorts of protections and guarantees that a school – even if lame – is required to provide.

Being my own boss means that I always have to negotiate fees and rates, teaching methods, class frequency, class load and homework directly with the student and on some rare occasions with the parent (if a minor) or the HR of a company (this latter case only happens once in a blue moon).

There’s no shame in being up front about the costs and how many classes there will be per month and the need for cancellation or postponement of classes and in the case of the absence for whatever reason of the teacher or student, how those missed classes should be made up for. Yes usually the contract – either verbal or written – is on a month to month basis.

Occasionally you’ll hear the analogy that the worker “prostitutes” himself for his salary, meaning they do things they don’t want to do because of their job. I can’t agree with that assumption for all cases.

The worker is worthy of his wages.

“In other words, education is not a commodity like a bar of chocolate or a cafe latte, which is physically consumed till there’s nothing left. Nor is it like a motor car or a washing machine, which are durable but eventually break down and have to be replaced, since an education is never replaced but only added to, extended and renovated (‘life-long learning’ anyone?). Perhaps it’s a bit like a book in constituting a store of knowledge, but it isn’t a physical object and doesn’t create a second-hand market, although it seems to be something you can cash in on, because it’s supposed to guarantee you a better income. However, education also goes on domestically and informally, and you can also pass on bits of it for free without depriving yourself of what you’ve passed on. (The early rabbis thought of it as like the flame of a candle.) The teacher is someone who gets paid for doing this, but they’re not selling an object, they are performing what Adam Smith called a service.” https://putneydebater.wordpress.com/2011/02/08/why-education-is-not-a-commodity-2/

However, occasionally, students will think that they are buying a meal, or soap, or any other product when hiring a teacher. They ignore that education IS a process and not just a commodity they may use on and off. In the case of learning a language there is also the need for regular practice. There is one case of a student who wants to have a 1-hour class a month – because he’s still having classes with another teacher (who had missed several classes and owed him the respective hours). Weird but I can understand it for a short-term process and especially in this time of skinny cows.

Let me share with you an anecdote that may illustrate the case. I charge the number of hours a student will have in the month and they pay accordingly. For example, he’ll have 1-hour class a week, a month has 4 weeks, he’ll pay for 4 weeks. I don’t like this system “pay per class”. However, in October student A (not his real name 😜) paid for 2 classes  only because I would be on vacation for 2 weeks – (yes, Virginia, students don’t pay for the teacher’s holidays). But he couldn’t attend one class because he was leaving on vacation. No problem. He could have this class credited to him in November. But he went away on vacation and on his return he decided that he would return to classes only in December. Ok. … Then he decided to return only in January. But as he has that class credit (that he has paid for, mind you) he wants to have that one hour of English sometime in December.

Why? What good will he have in his learning process? What benefit is to be obtained by that stand-alone class, except listening to my melodious voice? Why not have an additional class in January? Well, … he has paid for that class so he WANTS TO have it.

Not to mention that the student is always complaining about financial problems and that the classes aren’t cheap. So I decided to refund him for that class (US$45). Period. Good riddance! (Wait! Did I say that aloud?) The way he is he might even want to ask for a refund adjusted for inflation on that amount. But I think he is not that crazy. 😜

Talking about learning as a process, many students start having classes and then after one or two months go away on vacation, then they can’t have classes because of the yearend holidays, then there’s carnival… cutting a long story short – they suspend classes for 2 to 3 months in a row, and when they return they want to continue from where they stopped. Helloooo… even a car if left unattended for too long can show problems when the owner tries to use it again.  In other words, they are back to where they started… and then after 2, 3, 5 years of classes they start to complain saying they must be too stupid,* because they’re not making progress (*translation: their teacher can’t be any good or he’s just incompetent).

How would you have dealt differently in that situation?

Quite often when people ask me “what is the fastest way to learn English or Spanish or any other foreign language?” I tell them that the best way would be to date and marry a speaker of that language.

Jokes apart, there are actually no shortcuts to learning a new language, but it helps to have clear objectives and discipline.

Fluency in another language is challenging but it is not limited to a chosen few. The key is in following the steps above over and over again.

A difficult task is to help students improve their pronunciation not only of words but sentences as well. I’m not talking about accents but how intelligible the student is when speaking. Considering that all my students have smartphones and quite a few use iPhones, a simple activity that they could do by themselves over and over again is asking Siri questions.

Example: Can you tell me where the nearest bank is?

where can I find an Italian restaurant around here/ in this neighbourhood?

What English course do you recommend? ( many students will pronounce it as “curse”) getting hilarious results.

So students will have to learn to enunciate well the words, intonation and not just isolated sounds. Some students resist this idea and won’t do it but those who are willing to give it a try  will develop a much better speech, after the initial challenges and frustrations. 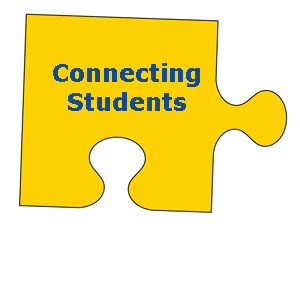 We were in class last week and my student, Rodrigo, a very keen elementary level student started yawning. Aware that his action could be misinterpreted by his teacher – ME – he quickly interjected – “sorry teacher, I’m yawning not because the class is boring. Just because I’m relaxed. In the beginning of the curse (COURSE – I corrected his pronunciation, chuckles) I was very anxious every time I came to class”.

So after a few months, we had turned a corner in our relationship. I was no longer the big, bad teacher ready to correct his every mistake and to taunt him if he made repetitive mistakes. He realized I was there to help him. To facilitate his connection with the language.

How to connect with your students:

3. Develop a healthy but professional relationship with them

Nowadays when we think of connections we always think of going online, which is good in its proper time and place. But teachers must be willing to connect with their students on a more personal level. I’m not saying that you must be best friends with all your students or any of them for that matter. But you must be willing to lend an ear and be sensitive to their difficulties when learning a foreign language.

The challenge is to walk that fine line between being empathetic or apathetic and “going the whole 10 yards” – I’m saying 10 yards because I can’t emphasize enough how wrong it is to hear that a teacher has been making out with a student – (regardless of their age or gender). The same can happen with one’s doctor or therapist. Or with the supermarket checkout clerk, but does it make it right and professional?

I know some cases of teachers who have even married their former students (one at a time, mind you; wink, wink) but they developed their relationship (to the best of my knowledge) after they had terminated their teacher-student relationship. And that still is a grey area.

So by all my means, do connect with your students but always remember where you’re coming from and where you’re going. And never think you’re above all that and it would never happen to you. Keep yourself accountable and grow.