Last week my wife and I met up with Paddy, an Irish lawyer who’s being transferred with his family – wife, a 3-year old boy and a five-month-old baby girl – to São Paulo, Brazil. Bear in mind they live on a farm in county Clare, Ireland with a population of maybe 18 (just kidding) and now they’re preparing to settle in one of the largest metropolises in the world. Liz is a stay-at-home mom but she thinks that it will be good for her 3-year-old to be exposed to some preschool education while in São Paulo.

So I started researching some of the international schools (with international certification) and bilingual schools (locally based). How could I do that in a more scientific manner? By asking my students where their children and grandchildren go to school.

Among the international schools, the leading one in name recognition among my students is St. Paul’s (www.stpauls.br) – no question it has highly qualified teachers and staff, but it carries a very elitist air with the “crème de la crème” of São Paulo’s well-to-do families vying for a place. Prospective students are submitted to an academic and psychological evaluation before being accepted despite the costly monthly and annual fees, driving especially the nouveau riche up the wall when they realize that money can’t buy everything, especially “tradition”. 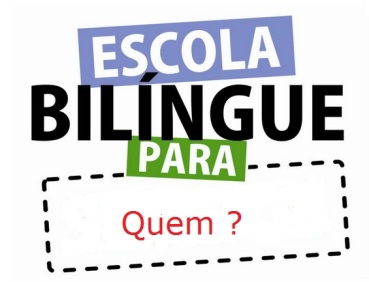 I never had the opportunity to attend a bilingual school but I had a very dear friend, Deborah, who  attended St. Paul’s. Her father was a Brazilian nuclear scientist who had spent some time in the UK and when he returned to São Paulo he wanted to give his children a bilingual education. Deborah’s English was perfect with a slight British standard accent and she could easily switch from L1 to L2. She became a psychologist but during her school years she earned money teaching English as a foreign language. But as it happens with any learned skills, after she stopped teaching and using English on a regular basis her vocabulary started to become more limited with tons of grammar and words stored up in a corner of her brain which would light up again and start shedding the spider webs when necessity arose. Deborah would say that the second best thing about studying at an international school was the network of friends and acquaintances she built along the year (which at times would be a curse as well- but that’s another story for a future blog).

Two other international schools (maybe lesser known just because they are newer institutions but which carry similar quality without the elitist bias) are  St Francis College (www.stfrancis.com.br) and British College Brazil (www.britishcollegebrazil.org).
I’m not quite sure why they both chose the word College considering that they are schools and not colleges – faculdades.But it also relates to the Brazilian term “Colégio” – which refers to a primary and/or secondary education school. Or maybe those institutions are already keeping an eye on their future tertiary education.

As per bilingual education focused on preschoolers – children as young as 14 months to 6 years old, my students whose children or grandchildren attend bilingual schools would recommend the following:

They vary in size and location, but from what I could observe they follow a carefully planned curriculum to immerse children in a second language (usually English) while not ignoring Portuguese (the children’s mother tongue).

One factor that grasped my attention is that while the international schools can resort to hiring staff abroad, the local schools can’t afford all those costs and their hardest challenge is to find qualified bilingual labor.

Over the past 10 years the number of bilingual schools has mushroomed in São Paulo and other capital cities trying to meet a need that desperate parents have: give their children an edge for their future.