Growing up I often heard people saying: “if work were meant to be pleasant it wouldn’t be called WORK “. 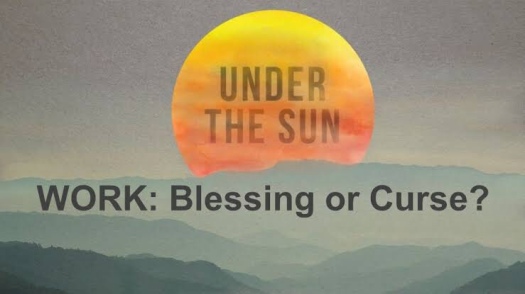 Don’t know the origin of that saying but it’s quite easy to understand it’s meaning. Maybe it is inspired by the biblical curse God placed on man after he ate of the forbidden fruit:

“Since you listened to your wife and ate from the tree
whose fruit I commanded you not to eat,
the ground is cursed because of you.
All your life you will struggle to scratch a living from it

It will grow thorns and thistles for you,
though you will eat of its grains

By the sweat of your brow
will you have food to eat
until you return to the ground
from which you were made.
For you were made from dust,
and to dust you will return.”