This year has been a huge rollercoaster for billions of people around the world, political turmoil in Brazil and South Korea. Russians electing the next US president (sic). The sinking underneath the miry mud of Venezuela and the stubborn economic recession in Brazil feeding the political crisis and vice versa. Let alone humanitarian crises as of the refugees, with Syria imploding with millions of people trying to escape by the skin of their teeth.

What shall I say of tragic deaths of people who made a difference in the world or in their inner circle? Or a plane crash killing almost an entire team of soccer players and reporters because of greed and corner cutting? #ForçaChapecoense

The Oxford English Dictionary chose “post-truth” as word of the year. Australia is going with “democracy sausage”. My choice of word of the year for Brazil is “Eita!” An interjection more or less meaning WTF! without the sexual innuendos.

We’re living in a society when we feel obligated to spend money. We feel we have to give gifts whether the recipient needs or wants it. Our society has turned all stores into “pharmacies” where shopping for shopping’s sake is the drug of choice.

A good idea is to give small gifts, homemade and consumable. They get eaten and gone.

Sal Crosland a holistic therapist said:”I couldn’t remember what I had got for Christmas in the past, but I could remember who I was with”.

So when saying goodbye or good riddance to such a gloomy year which the sun fails to brighten up my advice to you is: 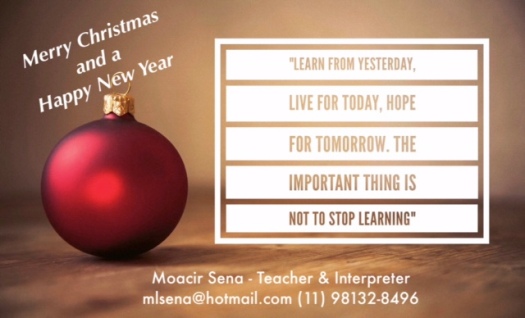 Wishing you a wonderful and blessed 2017.